Buprenorphine is a Best-Practice Model to Save Lives From Overdoses 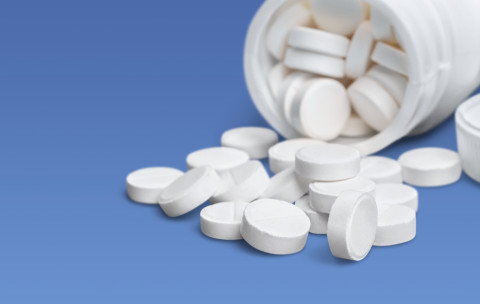 When it comes to the opiate crisis, which has had a resurgence in fatal overdoses in the past year, we need to bring to bear every possible resource against it. The hundreds of thousands of Americans who have lost their lives during this crisis should compel us to adopt an all hands and all best-practices model. Yet we have not been doing everything possible to save lives from overdoses, including leaving in place ill-conceived regulations resulting in the underutilization of a life-saving medication, buprenorphine, in treating substance use disorder.

Buprenorphine is regarded as the gold standard of treatment for opiate addiction and is among the most cost-effective forms of such treatment. But restrictions that are drug war relics mean the just 20 percent of patients who need this medication have it prescribed. The Mainstreaming Addiction Treatment Act (MATA) would put an end to these limits imposed on doctors and advanced practice nurses. If Congress passes it, MATA could save as many as 30,000 lives a year from overdose and health issues related to opiate use. Beyond that, it will serve as a conduit to treatment and help deliver people into long-term recovery.

Existing rules governing the prescription of buprenorphine for opioid use disorder require that doctors and advance practice nurses, despite having a controlled substance license, undergo a further 8-24 hours of federally mandated training, wait for as long as three months to be federally registered, and are limited in the number of patients they can treat. Under the federal strictures, less than 4 percent of New Jersey medical professionals with a controlled substance license appear in a public listing of practitioners able to prescribe buprenorphine in treating opioid use disorder.  These same prescribers can dispense buprenorphine to relieve pain to whatever degree them deem medically appropriate and with no patient cap.

MATA would lift these restrictions and thereby allow critical treatment to reach many more patients. The law will also help fundamentally shift substance use disorder more towards a public health approach. This long overdue change will integrate substance use care into the broader health system and finally put to rest the drug war’s punitive methods, which over the years have incarcerated hundreds of thousands on possession charges and burdened them with criminal records that denied them opportunities for employment, housing, education and other foundations of a full life. Those most impacted by these methods are primarily people of color. And people of color, women and veterans have disproportionately suffered overdose deaths.

New Jersey has been among the most progressive states in making buprenorphine available. It disallows insurers from requiring prior authorization, funds centers of excellence and makes buprenorphine available to paramedics responding to someone who has had an overdose. Congress needs to enact MATA with the urgency the resurgent opiate crisis demands. This urgency cannot be overstated, as families are needlessly losing loved ones every day the existing federal rules continue to keep buprenorphine prescriptions at a trickle.

Daniel Meara is a writer who has on focused substance use issues and criminal justice reform.  He was the longtime editor of ‘Perspectives,’ NCADD-NJ’s journal on substance use policy and treatment. His opinions on drug policy reform and treatment access were regularly featured in New Jersey’s major daily newspapers. In recognition of his editorial work, Daniel received the inaugural “Truth in Media Award” from the New Jersey Association of Mental Health and Addiction Agencies.

Barbara Sprechman is Assistant Executive Director at Mercer Council.  She has been in the field of prevention for the past 28 years.

Continuing to Fight Back Against the Opioid Epidemic, Drug Enforcement Administration (DEA) Holds National Rx Drug Take Back Day this Saturday October 23rd from 10am - 2pm

Look who was featured on NJ.com... Mercer Council OORP's very own, Stacey Ross!