April is Alcohol Awareness Month: Why We Still Recognize This Event 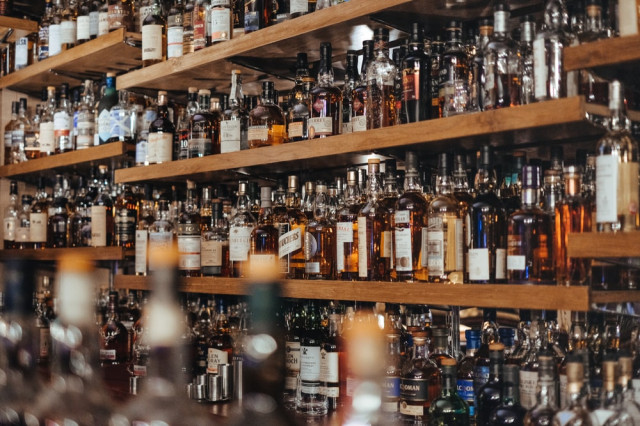 Every year, we recognize April as Alcohol Awareness Month.  You might ask why this is still important, given the fact that so much media attention is given to illegal drugs, like heroin, fentanyl and misuse of prescription opioids.  In February, the American Psychological Association conducted a nationwide survey and found that one in four adults reported drinking alcohol more this past year than the previous year.  This is not surprising given events such as the current pandemic as well as political and civil unrest which has caused many people's stress levels to go off the charts.  We wanted to ask our prevention specialists at Mercer Council for their opinions on why alcohol awareness still matters.  Here are their responses:

Malissa Arnold, DFC Program Coordinator:  Alcohol awareness is important because many don't understand the dangers of binge drinking and alcohol standard drink amounts.  While drunk driving causes far too many deaths, binge drinking attributes to that as well as many more deaths and health issues. Binge drinking is defined by 4 or more drinks for people who are female at birth and 5 or more by those male at birth in a short period of time. HOWEVER, sometimes people may not realize that their "just one SOLO cup" can count for more than 4 servings of alcohol! There is actually a calculator to see just how many "drinks" your drink has in it:

A common fact I tell college students is "Jungle Juice" or "Pledge Juice" can count as high as 4 servings of alcohol in one cup!   Alcohol poisoning still exists!  Please don't ever let a passed-out friend "just sleep it off" without frequently checking in and monitoring them to make sure they are ok.

Vanessa DeRosa, PYPM Program Coordinator:  Alcohol Awareness Month is important for many reasons including it being an ideal time for parents/guardians to discuss with their children and teens the dangers of underage drinking including the health risks to their developing brain and body, to drive a conversation with their children about their own drinking behavior, and to model responsible alcohol use.

Ruth DelPino, Mercer County Grant Program Coordinator:  Alcohol Awareness Month is a huge part of the discourse surrounding prevention. Alcohol Awareness matters because brains are at risk. The world is scary enough, so when we give enough information out there to prevent more hard things happening to unsuspecting families, then we are giving others a fighting chance.  Alcohol is socialized differently than other drugs. We know other drugs are bad, but the reality that this drug is so accepting among youth is always a cause for concern and must be mitigated.

Amy Argiriou, Botvin's Life Skills Program Coordinator: A common myth among adolescents is that drugs are a bigger problem than alcohol. The reality is that about 10 million Americans suffer from alcoholism and about 1 million Americans struggle with deadly illegal drugs, such as fentanyl, heroin and methamphetamine.

It's important to remember that alcohol has always been the number one drug of choice for youth.  We need to teach them that there are better choices they can make for their health and well-being.

Barbara Sprechman is Assistant Executive Director at Mercer Council.  She has been in the field of prevention for the past 28 years.

Time to Set the Table Again in Preparation for National Family Day on September 27, 2021

By accepting you will be accessing a service provided by a third-party external to https://www.mercercouncil.org/